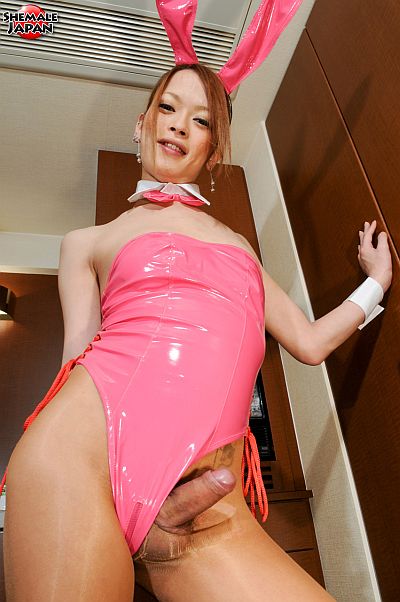 Mai is a 20 year old newhalf who works in a bar and is so passable as a genetic female, that not a single customer has ever realized she is a transsexual.

She’s a pretty girl, with a lovely figure and a nice pair of hormone enhanced breasts.

Her cock soon became hard, so she ripped open her pantyhose and released it so it poked out of the crotch of her bunny girl costume.

Then she did a sexy little dance, her stiff erection standing out proudly as she turned and moved her hips in rhythm.

Mai then played with her cute cock clitoris, pressing it down then letting it spring back up, as you will see in her video.

Mai`s hardcore set and video are also coming to Shemale Japan. I hope you will enjoy them!